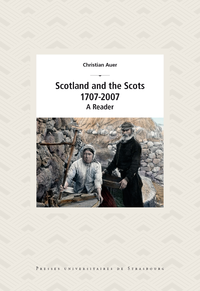 The main purpose of this volume is to demonstrate, through a variety of texts covering a vast historical period and from diverse sources (parliamentary reports, letters, memoirs, excerpts of books, newspaper articles, oral testimonies, and related materials) that Scotland cannot be reduced to the traditional images of kilt and bagpipe. The author has often chosen to let common people speak-those people whose voice is seldom heard in traditional history books. Any book written about the history of the Scottish nation that would leave aside such significant events as the Union of Parliaments in 1707, the Jacobite risings of the first half of the 18th century, the Highland clearances, or the process of devolution would most definitely be described as incomplete. But a book about the history of Scotland in which the voices of the elites would be the only ones to be heard would be just as incomplete. The author hopes that his “wandering among words written by others” in temples to knowledge such as the National Archives of Scotland and the National Library of Scotland will ultimately lend new life to those fragments of the past without which it is impossible to understand the present.