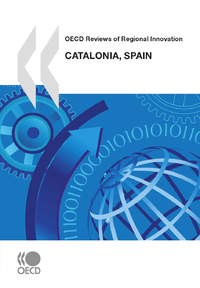 This review of regional innovation assesses how to improve Catalonia's current strategy and actions in order to boost its innovation system through both its own programmes and those of Spain and the European Union.

It finds that with over seven million inhabitants and a GDP of around EUR 204 billion, Catalonia is not only an important region within Spain, but within the OECD as well. Indeed, its economic output is similar to countries like Portugal and Norway. The region experienced massive population growth over the past decade, due to immigration, which in part drove GDP growth. However, Catalonia’s productivity is slipping, relative to other OECD regions, necessitating the transition to a productivity-driven growth model through a stronger regional innovation system. The region has successfully strengthened its research base, with investments in R&D having increased four-fold over the past decade. Catalonia is now mobilising actors across the innovation system in regional centres, such as Barcelona, to improve productivity and address social challenges.