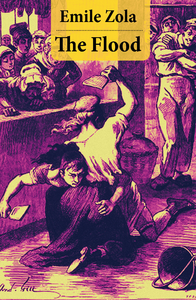 This carefully crafted ebook: “The Flood (Unabridged)” is formatted for your eReader with a functional and detailed table of contents.
Originally titled “L'Inondation “, The Flood is an 1880 novella by Émile Zola. Set in the village of Saint-Jory, several miles up the Garonne from Toulouse. It is the story of a family tragedy, told by its patriarch, seventy-year-old Louis Roubien. On a beautiful May day, the Garonne floods, washing away all the bridges; ruining nearly two thousand houses; drowning hundreds; and leaving twenty thousand starving to death. The novella describes the immediate impact this flood has on one household.