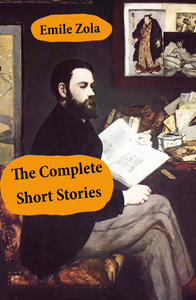 This carefully crafted ebook: “The Complete Short Stories (All Unabridged)” is formatted for your eReader with a functional and detailed table of contents.

Table of Contents:
Stories for Ninon
New Stories for Ninon
Parisian Sketches
The Attack on the Mill
The Flood
Captain Burle
The Miller's Daughter
The Death of Olivier Becaille
Naïs Micoulin