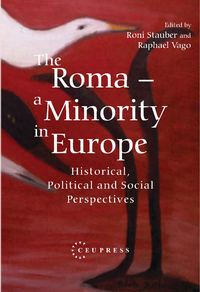 The Roma: a Minority in Europe — Ebook

The main issues arising from the encounter between Roma people and surrounding European society since the time of their arrival in Medieval Europe until today are discussed in this work. The history of their persecution and genocide during the Nazi era, in particular, is central to the present volume. Significantly, some authors sought to emphasize the continuing history of prejudice and persecution, which reached a peak during the Nazi era and persisted after the war. Current questions of social integration in Europe, as well as that of ethnic definition and the construction of ethnic-national identity constitute another principal pillar of the book. The complexity of issues involved, such as collective memory, myth-making and social constructionism, trigger intense debate among researchers dealing with Romani studies. This volume is the result of an international conference held at Tel Aviv University in December 2002. The conference, one of the largest held among the academic community in the last decade, served as a unique forum for a multidisciplinary discussion on the past and present of the Roma in which both Roma and non-Roma scholars from various countries engaged.