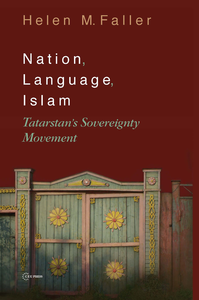 A detailed academic treatise of the history of nationality in Tatarstan. The book demonstrates how state collapse and national revival influenced the divergence of worldviews among ex-Soviet people in Tatarstan, where a political movement for sovereignty (1986-2000) had significant social effects, most saliently, by increasing the domains where people speak the Tatar language and circulating ideas associated with Tatar culture. Also addresses the question of how Russian Muslims experience quotidian life in the post-Soviet period. The only book-length ethnography in English on Tatars, Russia’s second most populous nation, and also the largest Muslim community in the Federation, offers a major contribution to our understanding of how and why nations form and how and why they matter – and the limits of their influence, in the Tatar case.