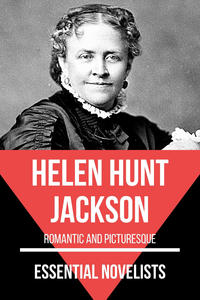 Welcome to the Essential Novelists book series, were we present to you the best works of remarkable authors. For this book, the literary critic August Nemo has chosen the two most important and meaningful novels of Helen Hunt Jackson which are Ramona and Nelly's Silver Mine. Helen Hunt Jackson was an American poet and writer who became an activist on behalf of improved treatment of Native Americans by the United States government. Her novel Ramona dramatized the federal government's mistreatment of Native Americans in Southern California after the Mexican–American War and attracted considerable attention to her cause. The novel was so popular that it attracted many tourists to Southern California who wanted to see places from the book. Novels selected for this book: - Ramona; - Nelly's Silver Mine. This is one of many books in the series Essential Novelists. If you liked this book, look for the other titles in the series, we are sure you will like some of the authors.