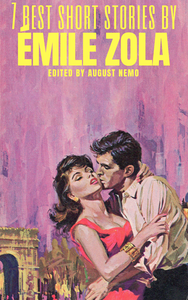 ÉmileZola described the intention of his work with these words: "I want to portray, at the outset of a century of liberty and truth, a family that can not restrain itself in its rush to possess all the good things that progress is making available and is derailed by its own momentum, the fatal convulsions that accompany the birth of a new world. " He is considered to be a significant influence on those writers who are credited with the creation of the so-called new journalism; Wolfe, Capote, Thompson, Mailer, Didion, Talese and others. Critic August Nemo selected seven special short from this author for your appreciation: - Captain Burle - The Miller's Daughter - Jean Gourdon's Four Days - The Fete At Coqueville - The Flood - Death of Olivier Becaille - Nana