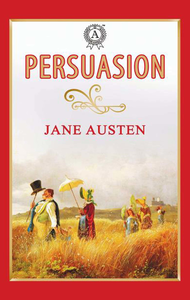 Persuasion is a novel written by a famous British writer Jane Austen. Ит is a story about the life of Anne Elliot, a middle daughter of baronet Sir Walter, a spender and bluffer. Due to these features of his character, he found himself in a difficult financial position. He has to rent a family estate Kellynch Hall in order to pay his debts. Мэнвниле, his most smart and considerate daughter Anne goes to Uppercross to look after a sick sister. In the days of her youth she was mutually in love with Frederick Wentworth, but because of a fear of a poor marriage, "reasons of conscience" and on the insistence of a "family friend" Lady Russel Anne stopped her relationship with him. But now after eight years, some incredible coincidence happens. The family that rents Kellynch Hall is related to Frederick Wentworth. Is the old-time love still alive in the hearts of Anne and Frederick?