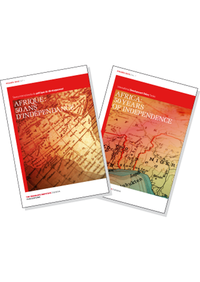 The Series comprises two distinct parts: Thematic Dossier | Africa: 50 years of independence While we celebrate the 50th anniversary of independence, authors of different origins offer their analyses of decolonisation. To what extent can the current situation of Africa be attributed to its colonial past? Is the current situation the result of legacies and relations with former colonial powers, or should this influence take a back seat in favour of greater emphasis on pre- and post-colonial history? What is the role of colonial history in the emergence and development of aid agencies? What are the prospects for Africa 50 years after independence? Annual Review | Major development policy trends This issue focuses on the evolution of development policies, and especially on efforts to create a “new world food order” in the aftermath of the 2007-08 food crisis, the consequences of the 2009 financial and economic crisis, the future of the Doha Round and the bearing of climate-related issues on the agenda of the WTO. International cooperation is examined from the perspective of aid effectiveness and overall policy coherence. English - buy the print version | eBooks Français - acheter la version papier | Livre en formats électroniques