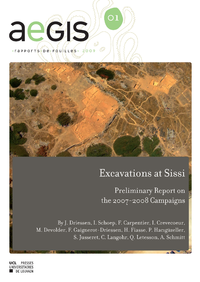 During 2007 and 2008, the Belgian School at Athens undertook its first ever excavation on Crete, at the Minoan site of Sissi on the north coast of the island. Located at a few kilometres from the palatial site of Malia, the Sissi settlement presents aique test caSe to examine the relationship between a palace site and its hinterland during the Bronze Age (2600-1250BC). This volume gives some preliminary results of the two first excavation campaigns as well as an introduction on earlier explorations at Sissi, a report on the topography and some of the techniques used during the work. There is also a report on the Late Minoan pottery.