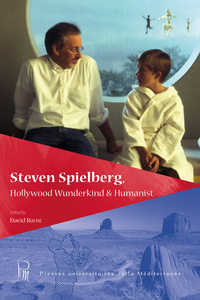 Steven Spielberg: Hollywood Wunderkind and Humanist focuses on the most commercialy successful American director of his generation, from his early career at Universal Television to the Oscar-winning Lincoln (2013). The fourteen chapters deal as much with his major hits as with films that have received little critical attention like The Sugarland Express (1974), 1941 (1979) and The Terminal (2004). They address questions of ethics, ideology and identity politics recognized as central to the director’s œuvre, while seeking to make up for the lack of material on the films’ formal qualities and on the notable contributions they have made to classical Hollywood genres such as horror, science fiction and the war movie. This book contests the idea that Spielberg is a “naïve” director, a mere craftsman with an eye for composition and a natural talent for narrative economy. Instead, the book aims to foreground the work’s cohesion, its influences and self-consciousness, its steadfast inscription within the Western humanist tradition, and its resolve to engage with the contemporary and explore complex ethical issues through mainstream narratives, whether “serious” Oscar contenders or action-filled popcorn blockbusters, a dichotomy Spielberg has increasingly sought to blur.