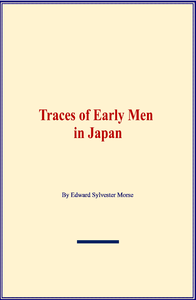 There is no race of people in whose origin we are more interested than in that of the Japanese. Their history going so completely back for nearly two thousand years, their civilization, which in so many respects parallels our own—the various epochs in our history being typified again and again by similar ages in Japan—all excite our deepest interest. The difficulty of tracing out ethnical affinities either through their personal peculiarities or their language presents a problem yet unsolved. That they are a composite race we cannot doubt. All their traditions point to their coming from the south, and equally sure are we that when they landed they found a hairy race of men to contest their occupation. Later history shows that a number of Chinese invasions took place, and these unwelcome visits were returned by the Japanese. Corea was invaded by the Japanese long ago. With these facts in mind, we are no longer surprised at the great variety of faces to be met with in Japan—faces purely Chinese; others with the coarser features of the northern tribes; and again the delicate and pleasant features of what is supposed to represent the typical Japanese.