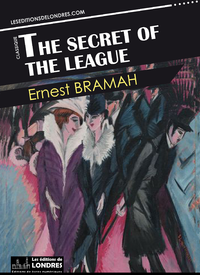 The secret of the League — Ebook

"The secret of the League" is a dystopian novel written by Ernest Bramah, which is widely credited for having inspired George Orwell and his 1984 for its realistic, detailed and vivid depiction of the rise of Fascism as a response to the climb to power of a Labour government. Written in 1907 in the aftermath of the 1906 General elections, which saw Labour move from 2 to 29 seats and become a powerful force in British politics, the book’s ambivalence with regards to its description of the overthrow of a democratically-elected government sheds some light into the psychology and malaise of the middle classes when cornered between aggressive leftist rhetoric and the plotting upper classes financially supported by foreign influences. Still unfortunately very topical, The secret of the league must be read now.