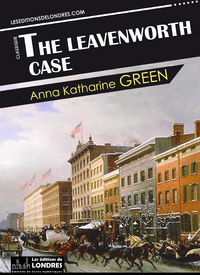 “The Leavenworth case” is a crime novel written in 1878 by American writer Anna Katharine Green. This book, often referred to as a {criminal romance}, is considered to be the first crime novel written by a female writer, and to have influenced Agatha Christie to follow the path of crime-writing. This is the story of two sisters, a rich uncle found mysteriously dead in his beautiful New York mansion, and a detective answering by the strange name of Ebenezer Gryce, of the New York Metropolitan police force. He will reappear in further adventures, this time accompanied by female sleuth Amelia Butterworth.