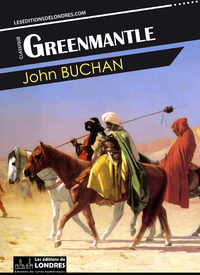 John Buchan’s "Greenmantle" is a 1916 adventure and espionage novel. In this second book of the Richard Hannay series (following The Thirty-Nine steps), Hannay is called to the Foreign Office by Sir Walter Bullivant at the beginning of the story. His mission: thwart German plans to wreak havoc in the Near East and Middle East through religious uprising. Hannay will gather his friends, and together they will travel to the Bosphorus, and fight bigger than life characters along the way. Discover Greenmantle with its original preface and biography in this new edition by Les Éditions de Londres.