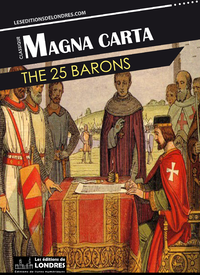 The "Magna Carta" is one of the most famous constitutional documents in the world. To the Americans, it has a sacrosanct bearing and it is seen as a major source of inspiration for the US Constitution. To the British, it is a 1215 charter which twenty-five feisty Barons forced on a hated King, and it represents an important milestone in a long series of documents (Charter of Liberties, Charter of the Forest, Habeas Corpus, Petition of Right, the Bill of Right, Act of Settlement...) which together form the unique uncodified constitution of the United Kingdom. Most and foremost, it is the attempt by feudal powers to control the authority of the Sovereign. The symbolic power of the Magna Carta still carries enormous weight, and provides an essential point of reference to anyone interested in our freedom and civil liberties.