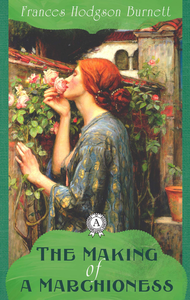 The Making of a Marchioness — Ebook

"The Making of a Marchioness" is a novel by Frances Hodgson Burnett. It was followed by a sequel, The Methods of Lady Walderhurst, but both have been subsequently published together, either under the original name "The Making of a Marchioness" or as "Emily Fox-Seton". Emily Fox-Seton is a young woman of good birth but no money who works as a companion and assistant for various members of the upper class. Her chief employer is Lady Maria Bayne, who is both very selfish and very funny, although she does come to care for Emily. In a "Cinderella-like" ending, Emily eventually marries a much older man, James, the Marquess of Walderhurst, thus herself becoming a marchioness. In the sequel, originally "The Methods of Lady Walderhurst", Emily has Walderhurst's child, and his former heir, Alec Osborn, attempts to regain what he sees as his birthright.