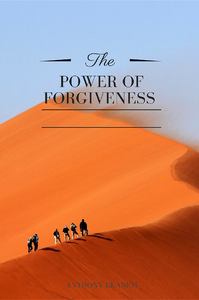 The Power of Forgiveness — Ebook

When it comes to fulfilling your goals and dreams in life, most people will never get there because they focus their attention on incidents that took place in the past. It is human nature to live in the past — or the future — and we all could benefit greatly from living in the present, because that is where forgiveness actually takes place. Forgiveness is a subject that many of us have completely either downplayed or forgotten entirely. Somehow, we really don't know how to deal with it. Some people are lucky and they learn to forgive early on in life, but for most people, being unable to forgive leaves a wound that re-opens every time an incident happens in their lives that triggers something similar to what caused the wound in the first place. Forgiveness has a bad aftertaste for most people. They associate it with being weak. After you finish reading this book you will have come to the understanding that it is quite the opposite. Forgiveness is an act of maturity, bravery and intelligence; most importantly, it is a direct connection to your heart. In essence, it is love itself. For many, the topic of forgiveness has religious connotations. Some religions have actually been concerned with the philosophy and practice of forgiveness since their beginnings. Many people have been helped. However, as religions have evolved, there is often a shift from the inner Truth of the heart to the outer necessity of conforming to social standards and protocols. Forgiveness in these cases has usually turned into a set of rules, a methodology of doctrine that no longer serves to speak directly to the heart. Indeed, many people have left their religions as they have come to an understanding that universal spirituality is replacing doctrine. This opens the door to a world-wide agreement and alignment of what is essential spiritually for every human being. Forgiveness is one of the most important tasks we can undertake in our lives.