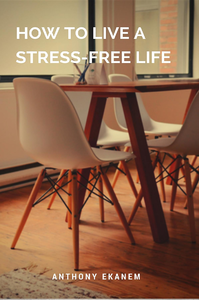 How to Live a Stress-Free Life — Ebook

These days everyone is feeling pressure. We rush at work, we rush at home, there's always so much that needs to be done. Stress and anxiety have become part of our lives. But how do we deal with it? Most people don't know. Stress causes havoc on our bodies. Let it rage free and stress will make you sick. The statistics are staggering. One in every eight Americans between the age of 18 and 54 suffers from an anxiety disorder. This totals over 19 million people! Research conducted by the National Institute of Mental Health has shown that anxiety disorders are the most common mental illness, surpassing even depression. Women are affected almost twice as much as men and it's the number one mental health problem among this gender. Men are not unaffected though; anxiety disorders in males are second only to alcohol and drug abuse. Anxiety not only takes a toll on our health but on our checkbooks, to the tune of $46.6 billion annually in the United States. Anxiety sufferers see an average of five doctors before being successfully diagnosed. Stress and anxiety go hand in hand. One of the major symptoms of stress is anxiety. And stress accounts for 80% of all illnesses either directly or indirectly. Stress is more dangerous than originally thought. You probably already know that it can raise your blood pressure, increasing the likelihood of a stroke. But recently it's been claimed that 90% of visits to a primary healthcare physician were because of stress-related disorders. Health Psychology magazine reports that chronic stress can interfere with the normal function of the body's immune system. And studies have proven that stressed individuals have an increased vulnerability to catching an illness and are more susceptible to allergic, autoimmune, or cardiovascular diseases.