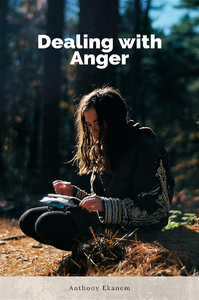 Are you currently going through a stage in life where it seems like there is always something to be angry about? If so, you are not alone! You would not believe how many people there are in the world that have a hard time controlling their anger from time to time. Even people who are not usually angry people will likely come to a time in their life where the load is too much and they find themselves becoming more and more irritable day by day. Anger is an emotion, but a lot of people are unaware of the fact that anger is actually a secondary emotion. By this I simply mean that in order for you to feel angry there has to be some other emotion that comes first which triggers the anger. Two of the most common emotions that lead to anger would be fear and depression. The two combined would almost surely lead to a person who is not able to control their anger. Even though anger is a secondary emotion, it is still an emotion, and if used correctly it can wield some advantages for you. You need to learn how to control your anger. I understand that this is something that is much easier said than done. However, if you approach dealing with your anger with the right set of tools you will surely be successful. The following chapters of this book will go over some techniques that may be helpful for you when you are trying to control your anger and other emotions. This book will also go over other elements of anger such as its roots and where it is truly stemming from.