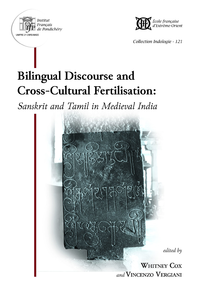 This collection of essays aims to trace the exchanges, responses, affinities and fissures between the worlds of Sanskrit and Tamil literary cultures in the medieval period. The literati who produced the works in these languages moved freely between domains that earlier Indological scholarship has tended to compartmentalise. The eleven studies presented in this volume strive to move beyond this narrow perspective and thus do justice to the richness and complexity of the cultural synthesis that took shape in South India in this period. By looking at the articulation of identities, practices, and discourses in texts of a range of genres composed in Tamil and Sanskrit (as well as Prakrit and Malayalam), these essays supply a picture of South India in the medieval period that is unique in its historical depth and conceptual complexity and demonstrate innovative ways to investigate and problematise cross-cultural phenomena, while suggesting how much work yet remains to be done.