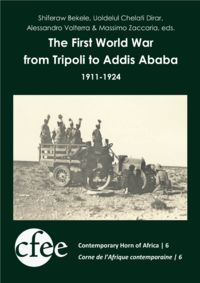 For a long time now it has been common understanding that Africa played only a marginal role in the First World War. Its reduced theatre of operations appeared irrelevant to the strategic balance of the major powers. This volume is a contribution to the growing body of historical literature that explores the global and social history of the First World War. It questions the supposedly marginal role of Africa during the Great War with a special focus on Northeast Africa. In fact, between 1911 and 1924 a series of influential political and social upheavals took place in the vast expanse between Tripoli and Addis Ababa. The First World War was to profoundly change the local balance of power. This volume consists of fifteen chapters divided into three sections. The essays examine the social, political and operational course of the war and assess its consequences in a region straddling Africa and the Middle East. The relationship between local events and global processes is explored, together with the regional protagonists and their agency. Contrary to the myth still prevailing, the First World War did have both immediate and long-term effects on the region. This book highlights some of the significant aspects associated with it.