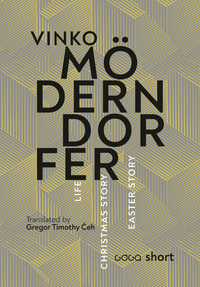 How does history, the stories of our ancestors, affect the future? Are we still aware of how absurd the present is as we watch the news and soppy films? The short story collection is a tight-knit whole, a mosaic of the best Vinko Möderndorfer can offer: the reader feels the thrum of blood in the veins of the heroes, the warmth, forgiveness, and subtle social criticism. It is a masterful omnibus about an individual dealing with the past as it drags him down, and the loneliness raising him up.

Vinko Möderndorfer is a writer, dramatist, essayist, theatre, movie and television producer. His literary works have been translated into several foreign languages. He has received some of the most prestigious Slovene literary awards, including two for short stories: the Župančič Award for "Krog male smrti" (1994), and the Prešeren Fund Award for "Nekatere ljubezni" (2000).