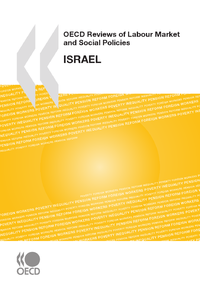 This 2009 review of Israeli labour market and social policy finds that Israel has enjoyed strong economic growth over the last decade, but the benefits of this are being distributed unevenly. Poverty rates are higher than in any OECD country, which reflects the deep social and economic divides in Israeli society. On one side, there is the general Jewish population with poverty and employment rates similar to those of OECD countries. On the other, there are Arabs and ultra-Orthodox Jews, or Haredim, who have large families, poor educational outcomes and low employment rates. As a result, just over half of Arab and Haredi families live in poverty. Almost half of all children entering primary school in Israel come from one of these two groups, so profound policy changes are needed to prevent future generations of Arabs and Haredim from being scarred by the disadvantages these population groups face today.

Tackling the root causes of such deep inequality would greatly enhance the dynamism of the Israeli economy. Greater investment to help workers improve their skills is urgently needed. Welfare-to-work programmes need to be restructured and extended, including by reducing child benefits paid to families who are able to work but do not and by sharply increasing the Earned Income Tax Credit to tackle in-work poverty more effectively. And access to means-tested income supports for the neediest should be improved. Israel has failed to enforce many aspects of its labour legislation, contributing to poor employment conditions for many resident, cross-border and foreign low-income workers. Rules to overcome discrimination against all workers need to be enforced, and the illegal hiring and employment of temporary foreign workers need to be stamped out.

Progress has been made in many of these areas. New legislation and initiatives have been introduced. The challenge is how to make reform work in practice. The consequences of not doing so would be devastating.