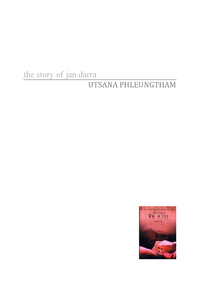 The story of Jan Darra — Ebook

Sex, guilt and retribution.
Apparently inspired by the goings-on at a neighbouring palace
during the author's childhood,
this 1965 novel is set in the expansive residence
of a retired nobleman whose carnal excesses
set the tone for the whole community.
The story focuses on the sexual rivalry
between His Lordship and his despised son, Jan Darra,
who turns out not to be his son at all
and who, in time, will reap revenge over his tormentor.
Erotic pleasures described in hyperbolic, neoclassical fashion
are merely a pretext to create in intricate detail
a self-contained microcosm ruled by lust if not passion
and by scheming self-interest.

With its skilful construction, psychological insights,
lush prose and steamy yet inoffensive sex scenes,
not to mention its overly Buddhist moral stance,
this is an exceptional novel with few equivalents in the world of literature.