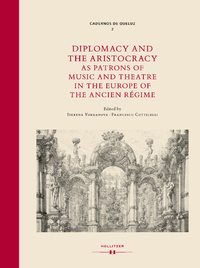 This volume explores the dense networks created by diplomatic relationships between European courts and aristocratic households in the early modern age, with the emphasis on celebratory events and the circulation of theatrical plots and practitioners promoted by political and diplomatic connections. The offices of plenipotentiary ministers were often outposts providing useful information about cultural life in foreign countries. Sometimes the artistic strategies defined through the exchanges of couriers were destined to leave a legacy in the history of arts, especially of music and theatre. Ministers favored or promoted careers, described or made pieces of repertoire available to new audiences, and even supported practitioners in their difficult travels by planning profitable tours. They stood behind extraordinary artists and protected many stage performers with their authority, while carefully observing and transmitting precious information about the cultural and musical life of the countries where they resided.