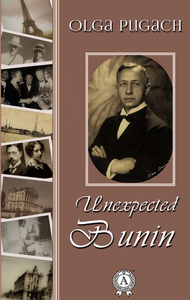 The fifth book in the "Culture and Life newspaper library" series is dedicated to the prominent Russian writer, Nobel Laureate in Literature (1933) Ivan Bunin, much of whose life, as well as the family roots, is connected with Ukraine. It opens a new look at the writer and his work, in which it is not difficult to see his Ukrainian roads. The book is intended for a wide range of readers and is designed to promote a better understanding of both the phenomenon of Bunin and the motives of his most prominent works.To the 150th anniversary of the writer.