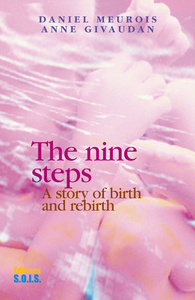 A story of birth and rebirth

After looking into the world of the afterlife for a long time, Anne Givaudan and Daniel Meurois were able to focus their attention on what might be called the world of "pre-birth".

Using their familiar method of projecting consciousness, for the nine months which make up a pregnancy, they followed the path of Rebecca, a soul preparing to take on a body of flesh.

Day after day, week after week, they faithfully recorded how the being to be incarnated went through many metamorphoses.

Like a documentary article, their testimony retraces the various psychic and physical changes which everyone undergoes in the womb and the worlds which lead to it.

This is a new way of looking at foetal life and the process of reincarnation.

Written in a simple, direct style, the originality and amount of information the book offers make it a work that does not just speak to those who are to give birth to a child, or have already done so, but also all those for whom life is an everlasting source of wonder.