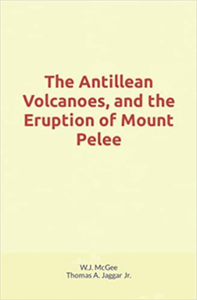 The Antillean Volcanoes, and the Eruption of Mount Pelee — Ebook

In all ages volcanoes have played a prominent role in human thought The Vulcan of classic mythology was but the head of a family of earth-gods born of the polytechnic Mediterranean mind fertilized by the "burning mountains" of continents conjoined in the Levant; and in the still lower stages of human development represented by scores of surviving tribes, Fire-Earth deities head the primitive pantheons—indeed, the Vulcanean notion seems to run back to a pristine stage in which the forerunners of living races first stole Vulcan's torch, tamed capricious and ferocious fire even as other [to them] beasts were tamed, and thus took the initial step in that nature-conquest by which man rose above lower life. Certain it is that Vulcanean myths are most dominant in lower savagery, feebler albeit sharper-cut about the birth-time of writing, and decadent during the period of written history.