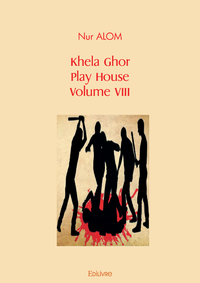 Nur, leaving Bangladesh, flies to Nepal, from where he hopes to reach Europe. But the stay in Nepal lasts longer than expected and holds many surprises. The first hours are pleasant. The kindness of the first Nepalese he meets is memorable, as is the helicopter ride over the peaks of the Himalayas.


But then everything gets complicated ; for some mysterious reason, it's impossible to leave the country. And then begins a long succession of disappointments, red tape, harassment, threats, and then outright abuse inflicted by strangers and exhaustion of mind and body.


Ultimately, failing to obtain a visa and a ticket to France, Nur resigns himself to returning to Bangladesh. But, upon his arrival, the bandits who persecuted him there before his departure resume their threats, tortures, and poisoning attempts and seek to strip him and his family of their property.

Itis only after passing through Cairo and Barcelona that Nur finds France and Paris once again.