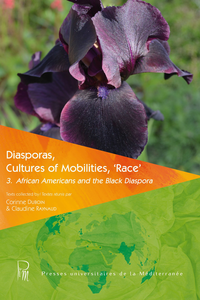 African Americans and the Black Diaspora

Reflecting current debates in the intersecting fields of African American Studies and African Diaspora, these critical essays and case studies explore the articulation between the fluctuating concepts of ‘race’ and Diaspora and the negotiations of identities across differences. They examine in turn the developments of diasporic black (inter)nationalism, new discourses on ‘postraciality’ and ‘postblackness’, race consciousness among African American soldiers, expatriation and re-diasporization. The acknowledgement of a rejection of Africanness in societies such as the Emirates, Morocco or the Dominican Republic dialogues with examinations of artwork through the lenses of a diasporic consciousness and analyses of literary texts that celebrate internationalism or subvert the notion of ‘race’. James Baldwin thus converses with Percival Everett.