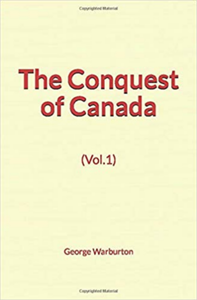 The Conquest of Canada (Vol.1) — Ebook

The Conquest and History of Canada. “England and France started in a fair race for the magnificent prize of supremacy in America. The advantages and difficulties of each were much alike, but the systems by which they improved those advantages and met those difficulties were essentially different. New France was colonized by a government, New England by a people. In Canada the men of intellect, influence, and wealth were only the agents of the mother country; they fulfilled, it is true, their colonial duties with zeal and ability, but they ever looked to France for honor and approbation, and longed for a return to her shores as their best reward. They were in the colony, but not of it. They strove vigorously to repel invasion, to improve agriculture, and to encourage commerce, for the sake of France, but not for Canada.The mass of the population of New France were descended from settlers sent out within a short time after the first occupation of the country, and who were not selected for any peculiar qualifications. They were not led to emigrate from the spirit of adventure, disappointed ambition, or political discontent; by far the larger proportion left their native country under the pressure of extreme want or in blind obedience to the will of their superiors. They were then established in points best suited to the interests of France, not those best suited to their own. The physical condition of the humbler emigrant, however, became better than that of his countrymen in the Old World; the fertile soil repaid his labor with competence; independence fostered self-reliance, and the unchecked range of forest and prairie inspired him with thoughts of freedom. But all these elevating tendencies were fatally counteracted by the blighting influence of feudal organization. Restrictions, humiliating as well as injurious, pressed upon the person and property of the Canadian...”