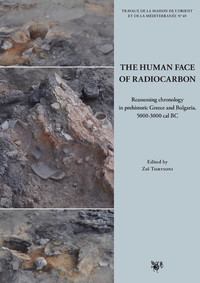 The Human Face of Radiocarbon — Ebook

Reassessing Chronology in prehistoric Greece and Bulgaria, 5000-3000 cal BC

This volume presents the results of a multidisciplinary research program (“Balkans 4000”) financed by the French National Research Agency (ANR) and coordinated by the editor between 2007 and 2011, when she was a member of the Maison de l’Orient et de la Méditerranée (Laboratory of Archaeology and Archaeometry). 192 new radiocarbon dates have been produced in the laboratories of Lyon, Saclay and Demokritos, from 34 archaeological sites, spanning the years from the end of the 6th to the beginning of the 3rd millennium BC. They shed light on the evolution of human settlement during the late stages of the Neolithic period in Greece and Bulgaria, and more specifically on the transition from the Neolithic to the Early Bronze Age during the “obscure” 4th millennium BC. Thirty-one scholars, archaeologists as well as radiocarbon scientists, are signing the contributions.