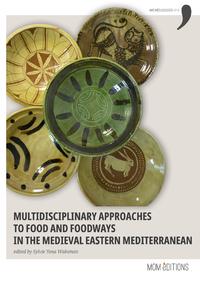 This volume brings together archaeologists, archaeological scientists and historians contributing different specialisms to an emerging field of research: food and foodways in the medieval Eastern Mediterranean. It presents the output of the POMEDOR project “People, pottery and food in the medieval Eastern Mediterranean” funded by the French National Research Agency. POMEDOR focused on changes in transitional periods, such as the Crusades and the Turkish conquests, as viewed through archaeological and archaeometric studies of pottery. The volume offers a wider scope, with research based on archaeobotany, archaeozoology, biological anthropology, and the study of archaeological structures, texts and iconography. Last but not least, it reveals the recipes conceived for a “Byzantine” dinner, held at the Paul Bocuse Institute during the final conference of the POMEDOR project.