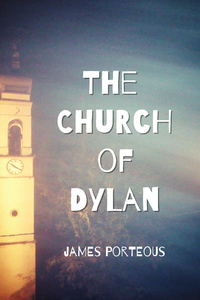 The Church of Dylan — Ebook

Bo Carter may never be a member of the singer/songwriter 'in crowd.' He knows he has the talent. Everyone on the Asylum Records roster has heard his song 'Coal Miner's Blues.' And his band The Touts are being touted as the Next Big Thing. But you need someone to pay for studio time, book the tours, promo the albums and pay for beer tokens. Bo has enough money to buy new strings once a month and a new capo once a year. But there is talk that his would-be friend Bob Dylan might include 'Coal Miner's Blues' on an album of covers. And so he soldiers on. He is a musician, after all. And sometimes it is better to fade away than burn out. Bonus: The Church of Dylan ebook contains links to songs written and sung by Bo Carter, including unfinished songs, demos and completed songs, all available for free on SoundCloud.