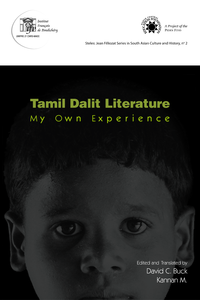 Now, however, there are voices representing millions of Dalits - people who certainly do speak for themselves, but many of whom cannot write for themselves, and would not be published if they did. Some of those voices, translated from Tamil into English, are contained in this volume, along with an extensive introduction. Each of the nine Dalit authors collected here has contributed an essay on his or her own experience as a Dalit writer; seven of them also contributed previously unpublished short stories or poems. Their works often display an in-yourface character, but there are also subtle nuances and carefully drawn characters and situations. Dalit literature is fresh and new, and old and stale, all at the same time. It arises directly out of lived experiences in an unjust world.