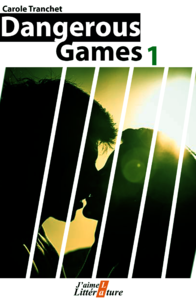 Ayana is 17 years old, she is passionate about music and basketball. She is surrounded by her family and her two friends, Theresa and Amaury. She does not make any effort to get well dressed, and she does not even comb her hair, that was not her priority, but the situation makes Liam Richard, her neighbor, laugh at her in high school, a boy she was in love with in college.
She had enough of his attacks, and influenced by her best friend Theresa, she decides to change her look, hoping that it would bring her peace. But instead, Liam reveals an aspect of his personality that she didn’t know before and that intrigues her.
Amaury also reveals his feelings and she feels torn between these boys. Will she choose Amaury who has always been kind and who has always been her friend or Liam who has just had his feelings revealed?