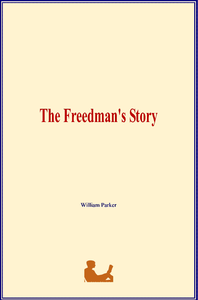 The manuscript of the following pages has been handed to me with the request that I would revise it for publication, or weave its facts into a story which should show the fitness of the Southern black for the exercise of the right of suffrage.

The narrative is a plain and unpretending account of the life of a man whose own right arm—to use his own expression—won his rights as a freeman. It is written with the utmost simplicity, and has about it the verisimilitude which belongs to truth, and to truth only when told by one who has been a doer of the deeds and an actor in the scenes which he describes. It has the further rare merit of being written by one of the "despised race"; for none but a negro can fully and correctly depict negro life and character.

General Thomas—a Southern man, and a friend of the Southern negro—was once in conversation with a gentleman who has attained some reputation as a delineator of the black man, when a long, lean, "poor white man," then a scout in the Union army, approached the latter, and, giving his shoulder a familiar slap, accosted him with,—

The gentleman turned about, and forgetting, in his joy at meeting an old friend, the presence of this most dignified of our military men, responded to the salutation of the scout in an equally familiar and boisterous manner. General Thomas "smiled wickedly," and quietly remarked,—

"You seem to know each other."

"Know him!" exclaimed the scout. "Why, Gin'ral, I ha'n't seed him fur fourteen year; but I sh'u'd know him, ef his face war as black as it war one night when we went ter a nigger shindy tergether!"

The gentleman colored up to the roots of his hair, and stammered out,—

"That was in my boy days, General, when I was sowing my wild oats."

"Don't apologize, Sir," answered the General, "don't apologize; for I see that to your youthful habit of going to negro shindies we owe your truthful pictures of negro life."

And the General was right. Every man and woman who has essayed to depict the slave character has miserably failed, unless inoculated with the genuine spirit of the negro; and even those who have succeeded best have done only moderately well, because they have not had the negro nature. It is reserved to some black Shakspeare or Dickens to lay open the wonderful humor, pathos, poetry, and power which slumber in the negro's soul, and which now and then flash out like the fire from a thunder-cloud.

I do not mean to say that this black prophet has come in this narrative...